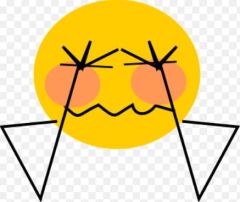 Have you ever just made an absolute ass of yourself and thought, Why the hell did I just do that?  What an idiot!?

Of course you have. Why is awkwardness and embarrassment two of the things we go through huge extents to avoid? I mean I would truly rather sit through a three hour Pentecostal revival than get embarrassed. Well, that’s kind of an oxymoron… 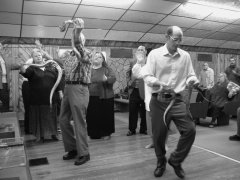 Anyhoo, I have a zillion and one stories to share about stupidity.  It’s like I lose any bit of sense the good Lord gave me at fairly regular intervals in my life.

For instance, I told a guy at Marshalls who was carrying all these clothes around and replacing them on racks that this hanger with this dress on it was broken and should I just hang it back up.  He said, “I guess.”  What????

Ok, so clearly when his mother walked over and dumped another pile of clothes on him I realized he was not a salesperson, but just a sweet son.  They exchanged some sweet little diddy in Chinese, had a few giggles, and stared at me, and I just continued to hold my head high like I would ask that very question to any shopper in that store that day.  “Hey, do you think I should hang this broken hanger back up?  Hey you over there, what do you think?”

One time, after a quick little restroom break, I walked down the aisle in front of an entire church congregation with my skirt neatly tucked into my underwear.  Do ya think anyone said to me before I made it to the second row—“Hey! Dumb-ass your skirt’s tucked into your underwear.” Of course not!

The fantastic thing is that these memories aren’t from the olden days.  Just a week ago I was on a flight trying to listen to a few Itunes on my laptop and not being able to hear them well in my headset I turned them all the way up.  Well, when husband turns dramatically toward me looking at me as though I just murdered a small child, I realize I didn’t even have the damn things plugged in. So, the whole plane got to enjoy a little Divinyls I Touch Myself. (Good grief)

Whatever……I can shake it off.  I’m cool.  I mean I have to be because I know that I will do something stupid again, and I will be mortified.

Godinterest Magazine covering faith, culture, life and all that other stuff