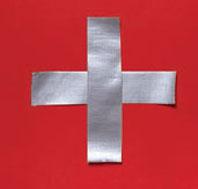 For some reason my husband believes that four years of college, four more of med school, two years of residency, and an internship has nothing on duct tape.

In his world a bad wound, lots of blood, and blinding pain equal the opportunity to watch real medicine at its best. He believes in the power of duct tape so much that I’m quite sure he’d go toe to toe with anyone that would like to argue the healing effects of the holy tape.

He even has a procedure.

Step 2:  Put medicine on the wound.

Step 3:  Wrap the duct tape around the body part until circulation is weak at best.

Step 4:   Wear the duct tape until it falls off.

This is the point where the wound will be healing beautifully. No ER, no bills, no class, no worries.

I’m sure you must be wondering if I have been a patient of the good doctor. Well, when one begs to be taken to the ER due to the fact that one just sliced a good portion of one’s flesh off and one gets denied but offered a piece of duct tape instead, and one would rather stop the bleeding instead of pass out, then one takes the duct tape. So the answer is yes.

Now, I am freakishly bad with knives. I mean like so bad that I scare myself as well as my family members anytime I have a task before me which involves some sort of cutting. It really worries my husband, but in turn allows him an opportunity to put his skills into practice…so.

The last time I was in this predicament (yes there’s been more than one) I had been cutting a piece of fruit and holding it in my hand. When the knife came down, it cut deep into my wrist. I mean, there was this thick, fleshy flap of skin holding on by a centimeter of skin. 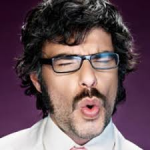 I turned some sort of gray pasty color and tried to yell to my husband that I was in trouble in hopes that he would head to the car and get it started while I threw on something presentable to go to the ER.

Well, he comes back into the kitchen with–you guessed it. Seriously? Every time I looked down at the bloody, flapping skin I almost passed out, but nooooooooooo. No ER for me. We have duct tape! 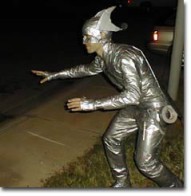 As I realized that there was no trip to the ER in my future, I began to feel very nauseous. I ran to the bathroom three times during his “procedure” so I wouldn’t disgrace myself any further.

When the wound was covered by the “sticky healer”, all I could do was go sit down and mutter obscenities under my breath about how horrible and uncaring my mate was, and wonder how I was going to explain this atrocity on my hand to my coworkers. Do I tell them the truth and risk looking like a dumb ass? Do I say it was a bet and still look like a dumb ass?

Well, in the end, the duct tape did fall off and the wound was sealed and formed a scar–a crooked scary scar.

I am a middle school teacher juggling career, husband (ooh la la), and twin tomboys (good grief). I have a passion for writing and crave laughter just about as much as frozen yogurt. This is my attempt at sharing the madness of my world, my mind, and my humor. END_OF_DOCUMENT_TOKEN_TO_BE_REPLACED
This entry was posted on Sunday, July 21st, 2013 at 8:21 pm and tagged with Duct tape and posted in Uncategorized. You can follow any responses to this entry through the RSS 2.0 feed.
« Drunk QVC
Goin’ Out West! »

Godinterest is dedicated to proclaiming Christ and set apart, to save and empower lives.